Tony Jaa, almost everybody knows him nowadays as an incredible athlete.
He is a thai martial artist, actor, action choreographer, stuntman, director and a Buddhist Monk.
Tony was born and raised in Surin Provence, Thailand. He is of Kuy descent and can speak Thai, Northern Khmer and Kuy.
He admits that martial arts were always his passion. In fact, he grew up watching films by Jackie Chan, Jet Li, Bruce Lee and so on..
In a 2004 Time interview he said: “What they did was so beautiful, so heroic that I wanted to do it too.”
Tony specialized in Muay Thai, Krabi Krabong and Taekwondo.

He trained a lot and very soon Prachya Pinkaev discovered his potential and gave him the opportunity to di his first film as main character. The film that we’re talking about is of course Ong Bak. During the making of the film, for his moves Tony needed no mechanical assistence or special computer effects whatsoever. Even if you may not believe it because you’ve seen the film, all the scenes are true.

If you’ve never watched the film, here is a famous scene from the second Ong Bak. Enjoy!

Of course after this film he gained a lot of fans allover the world, and his fame is still growing.

However, not everybody knows that Tony spend a period of his life closed in a Temple. The reasons for his retirement are not very clear. However, still today he is a nuddhsit and goes to the temple everyday.

We know that the beginning is always the hardest part of the journey. But, it also true that it’s never too late to start doing something that makes you happy.
if you’d like to start training Taekwondo or Muay Thai, why don’t you check our School Finder and find a martial art school near you?
Remember, also Tony started by following his idols! 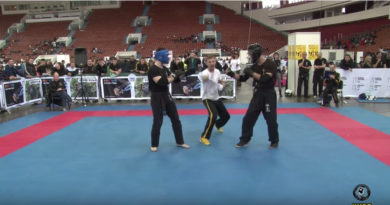 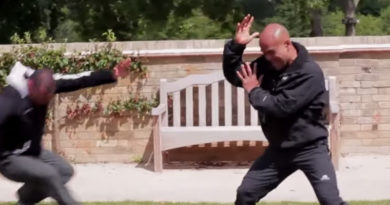 Is Wing Chun effective in a street fight? 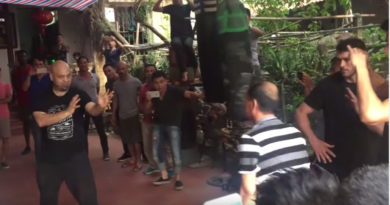