The video shows a waitress that defeats two angry customers, in her restaurant. Someone says that this video is staged, it could be in our opinion, and to be honest we are not 100% sure about the content's authenticity. In any case, we want to highlight a very interesting point shown in the video that is the fight's duration: the entire video consists in only 16 seconds and it's evident how much the surprise effect was a key factor in this fight, especially if we consider that the waitress were forced to face up multiple opponents and they seems much stronger than her. In these cases, using your abilities like speed and coordination might be fundamental in order to end difficult situations with the minimum amount of damages. 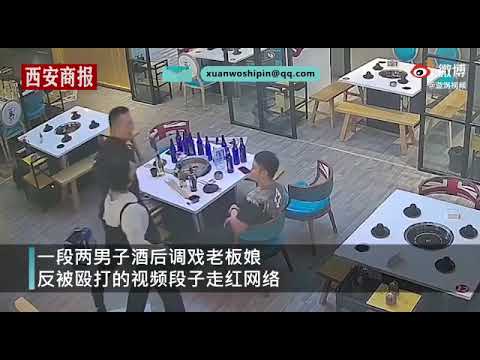 Handling multiple opponents it's not an easy as it might seem. It requires a lot of training, experience, use of a good strategy and, why not, a couple of lucky shots that could simplify a lot the outcome of the fight. But keep in mind that, usually, the best strategy is to leave the fight with multiple opponents as soon as possible. In case you are forced to stand up to multiple opponents remember to move backward fighting and trying to face up them one by one limiting as much as possible their capacity to surround you. It's quite impossible to sustain a simultaneous attack made by 2 or more opponents.

Tim Butt
2021-03-07 17:51:07
People often say these videos are staged. Do they think that CCTV is always fake and people don't do Martial Arts in real fights. Difficult to know the truth but looks impressive
Reply