DK Yoo Warfare Combat System teaches how to utilize your body in the most effective way. Here is a quick video where the System is shown on Korean Special Forces. 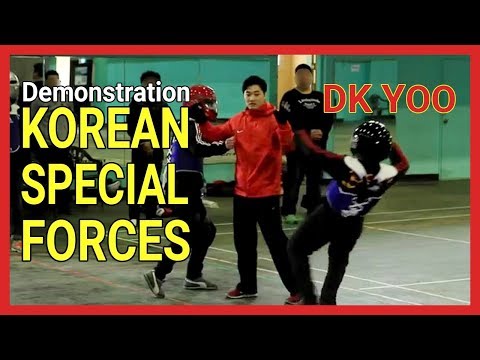 As he says about himself, when he was young he had a major surgery. This way he learned some meditation and breathing techniques in order to overcome his sickness. He has also trained various martial arts and has studied philosophy and medical science. His life experiences and his knowledge have helped him to come up with what he calls to be the

He also states that DK Yoo Warfare Combat System is the right tool that can make you understand your body and mind, and get the freedom of both.

His martial art is inspired by various other martial systems like Boxe, Wing Chun, JKD and so on.