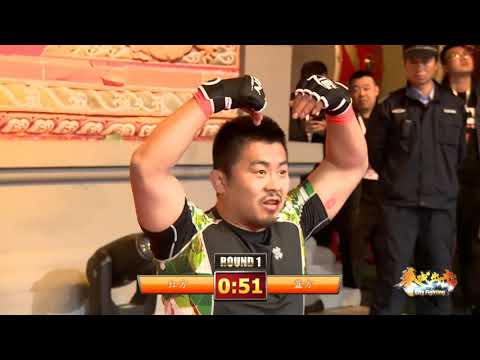 Xu Xiao Dong, aka Mad Dog, is back with another fight, in this video we show you Xu Xiao Dong (MMA) vs Ding Hao (Wing Chun). This time he challenged Ding Hao, a Wing Chun fighter.

In the video Ding, who according to Taiwan News, claims to be a 4th generation descendant of Yip Man. He attacked Xu first with a flurry of seemingly ineffectual strikes. After a few seconds, Xu throw Ding to the ground with relative ease prompting the snappily-dressed referee to impose a break in the action.

Xu Xiao Dong is famous for challenging traditional chinese masters in real fights. He's intention seems to prove that traditional martial arts doesn't permit to compete with MMA fighters. We know that the difference stands in fighters and not in the arts, by the way he seems convinced to prove something to the martial arts community.

What do you think about it? Do you think that traditional martal arts are useless when compared with MMA professional fighters?