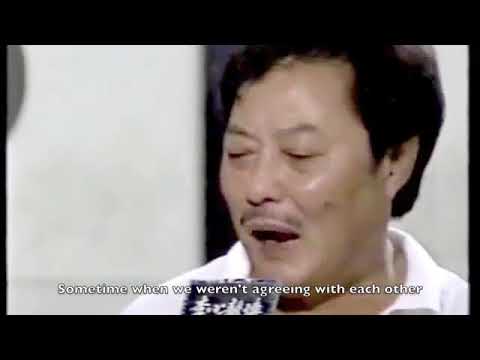 Bruce Lee and the Master

Bruce Lee and the Master who taught him Wing Chun and real fighting strategies is not a well known story. Of course everybody knows Bruce. But have you ever heard something about the teacher that started it all?
His name is Wong Shun Leung, a direct Yip Man student and Bruce's teacher. Without a doubt Bruce was really determined about his training and career, but Wong may not be as much secondary to his success as we might have thought.

As Wong says in the interview, it seems that Bruce was a real "trouble maker" as a kid.
At the beginning he was very sceptical about this Wing Chun style. But his interest increased since he saw a little man defeat a much more bigger one. Fortunately he had found the best teacher out there - Yip Man himself.
At that time Wong already did really great at Wing Chun, and started to teach the basics to Bruce himself. Bruce come to Yip's school at the age of 16 or maybe 17.
We have to say that Yip accepted new students only by reference from an already internal students. Fortunately a student of Yip knew Bruce and invited him. As Wong says in the interview: they were both rascals and so they played together.

Bruce returns to Hong Kong after beeing in the USA

When Bruce returned from America, he went to Hong Kong and discussed his Jeet Kune Do with Wong. They discussed about it's core concepts and principles for 12 hours. Whenever they didn't agree on something, a practical demonstrations or academic fights occurred in order to test themselves. Subsequently, they sat back down and discussed about it even more.

After everything they passed together, the two remained good friends till the end. When Bruce was in America, they exchanged many letters and, when he came back to Hong Kong, Bruce always wanted to talk for hours with Wong about fight strategy and so on.
Jesse Glover, one of Bruce Lee's best students and also the first, wrote in his article: "When Bruce returned in Hong Kong for the second time, Wong Shun Leung was the only man capable of defeating him".
This sentence can give you an idea about Wong's abilities and skills. It is clear that the Little Dragon referred about Wong and his skills very well.
The last time that Wong and Bruce met, they did some sparring together. After a while, even with the age gap between the two, Bruce stopped and admitted that he wasn't able to do anything to him.

Ambrose
2019-07-25 16:09:04
Bruce lee can't be defeated by wing chun master. Since wing chun is one of incomplete style Bruce lee stated and that's why he created jeet kune do the
Reply
Wing Chun Kung Fu EU
2019-07-25 16:09:04
Hi Ambrose, this is actually what Bruce Lee declared publicly. As always, it's not about styles but about athletes. As you probably already know since you have red this article, Wong Shun Leung was his master, sparring partner and friend in Wing Chun.
Reply
Jim Leonidas
2019-07-25 16:09:04
Wing Chin is not incomplete Bruce Lee disnt complete his training. He completed second form and that's it. He didnt complete Biu Jee and he used other arts to fill in the holes. Instead of simply posting an opinion go to a real Wong Sheu Long school and see the difference.
Reply

Ruben Santiago
2019-08-13 06:23:03
Sir, As Wong Shun Leung was Ip Man’s disciple and top student and was in charge of training Bruce it stands to reason as to why Bruce couldn’t defeat Leung, a student can never defeat his master remember a master doesn’t teach you everything! For the record Bruce was 13 when started training with Ip Man until he was 18 when he left for America,Bruce had a few teachers he trained with that were never mentioned.
Reply

Alex
2021-02-17 17:30:48
I wonder why there are no Wong Chun Leung AAA quality movies at all? I looked really hard, but I could only find Bruce Lee and Yip Man movies? I could not find ONE HOLLYWOOD AAA MOVIE about Wong Chun Leung being the best. Can one of you please point me to the movie about Wong Chun Leung that shows how he beat Bruce Lee and Yip Man, and all the other masters? I would love to see it - I would like to have as many heroes as possible! Unfortunately, its hard to really get into a Sifu's "legendary status" if they are not even recognized as being legendary by Hollywood...
Reply

Yan-Li Che
2021-02-18 05:57:44
@Ruben Santiago GM Yip Man had no disciples, he never had tea ceremony with any of his students. Bruce Lee started WC @ the age of 16 approx and studied for about 2 years. He never finish the system. Not sure how far he got. Wong Shun Long es not his master, he was Bruce Lee’s Sihing and yes, he was in charge of his training but he was not Bruce’s master/ instructor or teacher.
Reply

Bob's your mom
2021-07-16 19:02:32
@Alex f#&$k Hollywood. They choose to talk about only things that are flashy and exciting. Not everything they choose to make a buck on is worth ones time anyways. The best martial art documentaries and drama come out of Asian production companies anyways. They don't sacrifice acting and plot for CGI like Hollywood does now. For those of you that think one style is better than the other, it doesn't matter. It all comes down to the practitioner who dedicates themselves, experience, as well as understanding of leverage, timing, and posture; let's not forget ones ability to stay cool and collected during engagements and has a strategic mindset. A healthy blend of internal qi cultivating is also needed if you plan to carry on into old age as well.
Reply

Paul Caruana
2021-07-18 09:48:14
I was not even aware Bruce Lee existed when he passed away. I was 13 years old then, and not in any way interested in MA. But after I ‘discovered’ Mr Lee, his teachings and philosophy became my way forward in life. This article to me, proves one thing, Wong was Bruce’s senior, therefore Bruce might have had this image of Wong as better than him. Psychologically it might have worked against Bruce. An image in his psych he was never able to remove. Still, I do think that in a real no holds barred thing, Wong would have been in serious trouble.
Reply

Roberto SantAnna
2021-07-18 16:15:21
This is bull shit. Bruce Lee respecred the man because his seniority. Just that. Bruce modified WC and mix with Boxing which made him far superior in Real fight comparing with Master Wong.
Reply 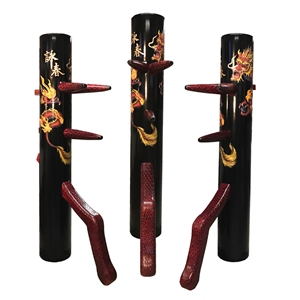 A Chinese man fights on subway in Tai Chi style