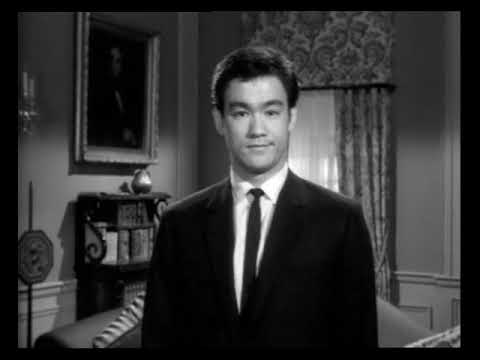 The Role as Kato

The footage above goes back to 1965 when Bruce was asked to do a Screen Test for the upcoming Tv Show "Green Hornet". The story behind this interview is interesting and surely deserves to be deepened more.
Bruce wasn't a world known icon at the time, in fact the interview was set up after a martial arts tournament in Calofornia in 1964.
Among the people who have watched the tournament was Bruce's friend Jay Sebring, a famous celebrity hairdresser.

After the tournament, the famous television producer William Dozier was told by Jay about Bruce's skills. After seeing the footage of the tournament, Dozier wanted to see Bruce to offer him a lead role in the upcoming "Number One Son", a tv series about a detective that never happened to exist. However, Dozier was really impressed by Bruce's moves and he wanted to collaborate with him in any way possible. So, he insisted on making a Screen Test in which he was interviewed. The screen test was for the role of Kato in "Green Hornet", a chauffeur and main character's helper, just as Batman and Robin.

At first, Bruce wasn't really sure to accept the role, fortunately he did. Even though the Green Hornet can not be compared to other classics such as "Enter the Dragon", it was in a way a gate opener for his future incredible succes. In fact, "The Green Hornet" showed to a large public Bruce's awesome skills.