Indeed, it surely is a somehow strange fight. A Wing Chun MMA fight in a cage between two guys in Thailand. The one that practices Wing Chun is the orange shirt guy.
There’s really not too much to analyze. The match was very short and it ended early. In fact, if it wasn’t for the guard posture it would be even difficult to understand that he practices Wing Chun. But there’s no need to be harsh or have bad feelings about it. After all, we have no further information about this match. From what we know he might be just a beginner or they might be just trying before the real match.

Is it Ving Tsun?

As you know, fighting with Wing Chun doesn’t mean having a long black robe and a calm attitude at all costs. That’s more of a film culture, which indeed is very cool. But at the end of the day Wing Chun is a striking system very similar to boxing, so sometimes it could be difficult to spot a Wing Chun athlete.
It seems very clear from his guard posture: one arm forward and the palm of the second hand near the elbow, yes. However, as soon as it comes to punching it becomes much more of a street cat fight.
Don’t get us wrong. One thing is training a clean technique and the other is using it in a stressful situation. But what got us questioning his techniques is, for example, his feet movement.
In fact, you may have noticed how he makes full steps while punching.

Whatever the case is, it wasn’t our focus to blame anybody. Everybody is martial arts expert from the comfort of his couch.
It was more of a questioning about the techniques.
So, what do you think about it? Let us know in the comments below and don’t forget to keep up with our news by signing on the newsletter.

Stay awesome and have a nice Wing Chun everybody 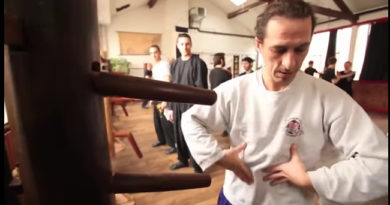 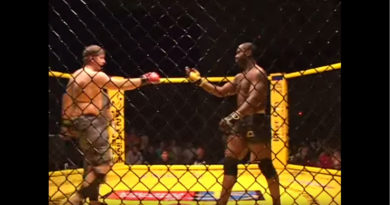