Not everybody knows that Wing Chun is very popular among Shaolin Monks too. We often refer to Wing Chun as if it was teached only by Kung Fu Schools, initially in China and than all over the world.
Actually, when observing the way these monks use Wing Chun, it really feels like going back to the roots of Kung Fu. 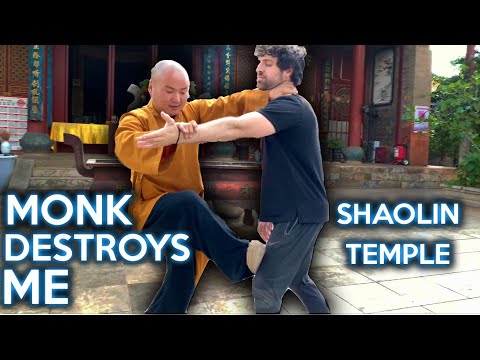 This video was published by Philip Hartshorn - he is a martial artist, film maker and actor and has some great content on his channel, so make sure to subscribe to support him.

The real origins of Wing Chun are still unsure till nowadays, mostly because of the fact that it was handed down verbally. In fact, not many scriptures are known till today and the most ancient ones date back only to the 19th century.
Many legends surround the Wing Chun's misterious origins and the most famous one sees a woman as the main master, Ng Mui. she is believed to have taught Wing Chun to a young girl in need of help, Yim Wing Chun. The legend has it that Yim was given in marriage to the local warlord against her will. In order to escape her fate, she learned wing chun from Ng Mui and challenged her tormentor in a fight which she won.

So, according to this legend and many others, Wing Chun might really have originated in a Shaolin Temple. It is sbelieved that Ng Mui was on of the Five Elders or Generals, famous chinese folklore tradition characters that survived one of the destructions of Shaolin Temple by the Qing Dynasty.

However, going back to the origins is always very foggy and different people and groups tend to interpret history as it best suits to their believes. In this way, it becomes really difficult to remain objective unless, of course, new evidences pop out.
What is reasonable to discuss is how Wing Chun is used today and if it is effective.
Please, feel free to let us know your opinion about it, your comments are always very constructive.
See you next time

Have a great Kung Fu