What do you think about? Please leave your comment! 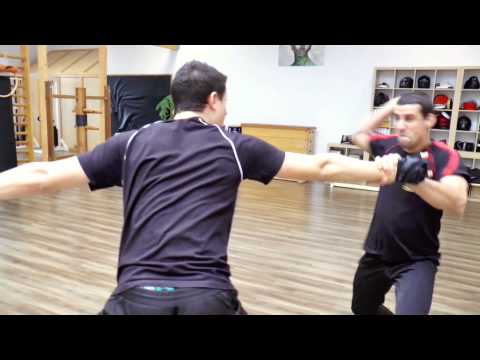 Wing Tai Art & Weapons has been founded on martial arts like the Chinese Wu Shu style of Plum Blossom Boxing, âMui Fa Kuenâ which applies to us as a forerunner of todayâs martial arts like, Wing Tsun, Wing Chun and the ancient Thai martial art, âLing Lomâ = Air Monkey or Dancing monkey style. We can probably assume that, the Plum Blossom Boxing was created by the older generation of the five leading masters, who have fled from the Shaolin Temple after it was burned, in order to develop a new martial art against the rebels. According to legend, a comparison battle took place between this Chinese âMui Fa Kuenâ and the ancient Thai, âLing Lomâ. But also the former combat Tai Chi could have played a significant role in the development. So does Tai Chi mean translated: one thing in their size with no limits. Also, an influence from the Shaolin Monastery is quite conceivable. This ancient art is said to be also a kind of Thai wrestling art. But the core of Wing Tai is constituting of the 5 âconcepts of prophecyâ, which is probably still a thenceforward well-kept treasure. We can fortunately say, that today Wing Tai has been spared from the sports influence, for we want to reflect on the ancient roots as a tool of fighting, which certainly draws on centuries of old knowledge.
Ip Man 2
Ip Man 3
Ip Man Trilogy
Ip Man Wing Chun with Grandmaster Ip Chun
Wing Tai Today In the present day, Wing Tai has been enriched by weapons elements from Thai weapons arts, such as Krabi Krabong, the Philippine Pangamot, Kali, Arnis, Escrima, the Dumog, Sikaran as well from the Indonesian Silat. We suspect that even Pangamut had a connection to Ling Lom. Pangamut is the martial art of the ancient Philippine Moro warrior. From the Pangamut gave rise to the arts like Kali, Arnis and Escrima. Looking for the Missing-Link, Wing Tai is for us a kind of martial art systematic for the all-rounder of martial arts. It has now also a distinct European influence, whereupon for us our Missing Link of martial arts is founded. We donât believe that a certain style in a fight is better than another one, but itâs always dependent on the person. For any style or system is still only as good as the one who represents him. Thus, we do not justify us to a specific person and venerate him as an infallible Master, which in any case cannot be verified any longer. Because Wing Tai has a visual expression of very dynamic fighting, just like with âwingsâ and the impression that the body has been merged with the arms and the legs, this martial art name is no coincidence. Wing can mean for one: rotational movements that show a wing, wing arm or a movement to the side and for the other one it can mean different perspectives and points of views of fighting. The word also stands for vision, clarity and the clear. Various fan-like rotational movements characterise the Wing Tai. These are designed for optimum strength efficiency and power delivery. Tai stands for the mutually extreme hard and soft, but also for freedom and harmony in the movement and the spirit. Wing Tai expresses thus the contrasting, flowing, freedom and harmony in motion and unites the hard with the soft. It is a very dynamic, flexible, changing martial art. Wing Tai is now a martial art system that creates in an impressive way a link between the ever more abstract systems and the actual fighting. It therefore includes both modern and classic concepts of the armed and unarmed combat. The inspiration is the seed of change in Wing Tai. We train in Wing Tai the change and adaptability. We donât exclude any situation nor distance. Defensive and offensive measures are carried out with all kinds of body weapons and tools. So we use kicks and punches, elbow and knee attacks, we practice throws and counter throws, joint locks and counter joint locks, wrestling and âdiggingâ, going till ground combat and use of all kind objects and weapons. So the advanced practitioner of Wing Tai in time can be understood as a âstyle-free stylistâ in the art of fighting. We have a history and are sure to be able to pass on with pride that knowledge to someone who wants to study it seriously. Because we see the tradition as a preservation of fire rather than worshiping the ashes. Let us remember our ancient roots, without degenerating into a traditional and inflexible system and thus remain in the flow of movement. So it was and remains alive, in constant motion and change, and can adapt as an uniquely modern zeitgeist. We learn to fight in order to not have to fight and preserve thus also peace. But more importantly is our inner peace with ourself Text: the founder of Wing Tai, Ong-Tai Heinrich Pfaff Source: History of Wing Tai

Christooher
2017-04-22 17:03:16
All martial arts are old if one wants to put a variation of an older style and call it new, go for it, but please let people know that it is a hybrid and not something you created solely by yourself.
Reply

Zig
2017-04-22 22:15:51
This is a repackaged combo of multiple weapons styles, mantis an Ving Tsun. This is the result of a master(s) "creating" a system out of other systems they don't fully understand. It may work as a fight science but it is not a martial art.
Reply