Without a doubt, many think of Ip Man 4 as the last of the Ip Man film series. But nobody’s sure if it might be Donnie Yen‘s last Ip Man film.
Of course, we hope it is not!

On July 25th, the film has been released in Hong Kong. We don’t know when it will be released worldwide, chances are that it will be very soon.

In the fourth part Ip Man finally travels to America, more specifically in San Francisco. He goes there to help out one of his most talented students – nobody less than Bruce Lee. After Bruce opened his first Wing Chun School, he has a lot of troubles with the local gangs. As always, Ip Man comes in to clean up the mess.

Some big names appear in the casting of this film. Let’s see them all:

Without a doubt Ip Man is interpreted by Donnie Yen, as he always did in the previous series. Donnie yen is very confident about this film, and he thinks that this one could be better than the last three. During the recording of the film, he admitted that he feels much more relaxed compared to the last 3. it seems that he has established a nice chemistry with the director.

Scott Adkins is the second elephant in the room. He need’s no introduction whatsoever since he’s one of the world’s greatest and most complete fighters out there. In fact his abilities have brought him to cast in Hollywood films like X Man, Doctor Strange and many others. he already collaborated with many martial artist such as Jet Li (Danny the Dog), Jean Claude Van Damme and Jackie Chan.

Danny Chan will interpret Bruce Lee, since his incredible similarity with the little dragon. He already casted in “The Legend of Bruce Lee“, a famous show.
He is a chinese actor, choreographer and singer. You may remember him from Ip Man 3, as the young Bruce Lee.

Let us know what would you like to know next. We are happy to answer any questions and study any topic in depth.

Have a Nice Wing Chun 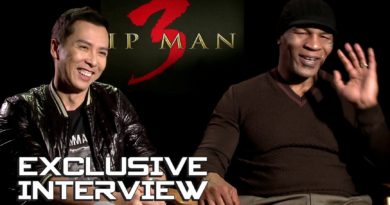 Wing Chun vs Jeet Kune Do: A Short Theory