Yen is credited by many for contributing to the popularisation of the traditional martial arts style known as Wing Chun. He played Wing Chun grandmaster Ip Man in the 2008 film Ip Man, which was a box office success. This has led to an increase in the number of people taking up Wing Chun, leading to hundreds of new Wing Chun schools being opened up in mainland China and other parts of Asia. Ip Chun, the eldest son of Ip Man, even mentioned that he is grateful to Yen for making his family art popular and allowing his father’s legacy to be remembered.

Yen is considered to be one of Hong Kong’s top action stars; director Peter Chan mentioned that he “is the ‘it’ action person right now” and “has built himself into a bona fide leading man, who happens to be an action star.” Yen is widely credited for bringing mixed martial arts (MMA) into the mainstream of Chinese culture by choreographing MMA in many of his recent films. Yen has displayed notable skills in a wide variety of martial arts, being well-versed in T‘ai-Chi Ch‘üan, Boxing, Kickboxing,Jeet Kune Do, Hapkido, Taekwondo, Karate, Muay Thai, Wrestling, Brazilian Jiu-Jitsu, Judo, Wing Chun, and Wushu. Seen as one of the most popular film stars in Asia of the early 2000s, Yen was one of the highest paid actors in Asia in 2009. Yen earned HK$220 million (US$28.4 million) from four films and six advertisements in 2013. 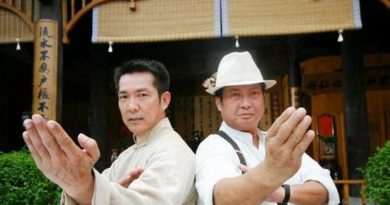