Ip began studying Wing Chun with his father when he was seven years old. In 1949, after the Communists established the People’s Republic of China on the Chinese mainland, Ip’s father left for Hong Kong and Ip, then 24, remained in Foshan to continue his studies in university. Ip studied Chinese history, philosophy, poetry, traditional music, and Buddhism.

By 1950, Ip had completed his studies and he chose teaching as a profession. In addition to teaching Chinese history, music and science, Ip also helped the Chinese Foshan Entertainment Department organise operaplays. During that time, he was awarded “The Person with the Most Potential in Chinese Art” award for his research in music. However, in 1962, due to the Cultural Revolution, Ip and his younger brother, Ip Ching, were forced to leave Foshan and move to Hong Kong to join their father.

In Hong Kong, Ip worked as an accountant and newspaper reporter in the day and practised Wing Chun in the evening under his father’s tutelage. In accordance with his father’s wishes, in 1965, Ip participated in the affairs of the Wing Chun Athletic Association (WCAA) and became one of its founding members when it was formally established in 1968. During the first three years in the association, Ip took on the role of treasurer and was later appointed as chairman.

In 1967, Ip began teaching Wing Chun in Hong Kong and some of his first students, such as Leung Chung-wai and Ho Kay Ho Kay chairman of Wing Chun Ip Chun Academy and a student of Ip for three decades, still train with him at present. Ip’s father died in December 1972 and entrusted the film footage of his Siu Nim Tao, Chum Kiu and Muk Yan Jong forms to his sons for posterity. Ip Chun is as passionate and relentless in keeping his father’s Wing Chun kung fu legacy alive and in 2014 Ip Chun was selected to represent Wing Chun as the inheritor of the legacy of Wing Chun-style kung fu. Ip Chun has taught and held seminars in many cities, including countries such as London and the United States.

Ip served as a consultant for Ip Man, a 2008 Hong Kong film about the life of his father. He also made a special appearance as Leung Bik (son of Leung Jan) in another film, The Legend is Born – Ip Man. In 2013, he made a cameo appearance in another Ip Man film, Ip Man: The Final Fight. Ip Chun received a Fellowship (FSMA) from the Society of Martial Arts (U.K.), the only professional and Educational Charity to introduce the first degree program in martial arts in the world, from its Founder and President Prof. Eugene de Silva Ph.D., FRSA in 2000. 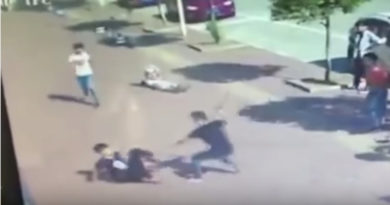